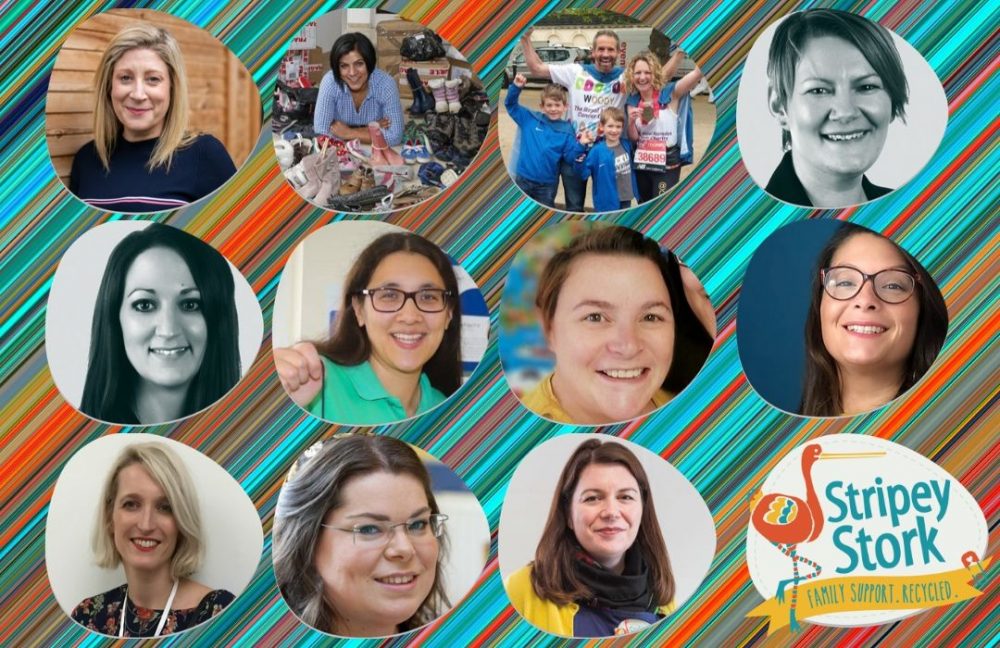 Today, 8th March 2020, is International Women’s Day – a global celebration of women and all they’ve achieved. We are a force to be reckoned with – we see what needs to be done and make it happen! The powerhouse of Stripey Stork is the essence of what can be collectively achieved when a determined group of women come together.

But, on this significant day, we want to celebrate some of the amazing local women, who we hold in such high regard at Stripey Stork. They’ve all worked so hard for their cause or business, but one thing they all have in common is their exceptionally kind hearts. A quality never to be understated. They are avid supporters of Stripey Stork and we’ve loved working with every single one of them. 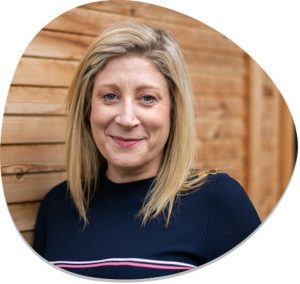 Charlotte, who suffered 16 years of domestic abuse herself, uses her personal experience to help others. Charlotte and her amazing team now support the many vulnerable women and children who are lucky enough to find sanctuary at our local refuge and help them to rebuild their lives. We feel privileged to work with the team on a regular basis, providing essential items for the refuge babies and children who come under their care.

Charlotte is an active domestic abuse campaigner, known for her captive and emotional speeches where she talks openly about her past abuse. In 2019, the refuge opened their doors to film a powerful Channel 4 Dispatches documentary, ‘Safe at last’. It was the first time a TV crew were invited into a refuge and Charlotte played a pivotal role in the programme’s success.

Charlotte is a massive advocate of our work and has never let us down when approached to endorse our service, which she does in the most passionate and thankful way. Thank you Charlotte – a true fighter with a heart of gold. 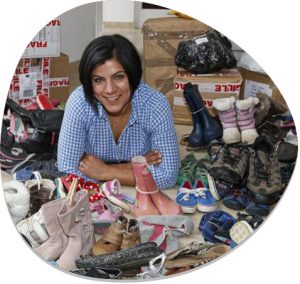 Six years ago CJ was looking for a good home for her son Sal’s outgrown but good condition shoes. Even though she sought out charities who she could donate them to, she was surprised not to find a single organisation that could tell her where Sal’s pre-loved shoes would actually end up. Having a burning determination to impact change, and being equipped with a Social Anthropology and Development Studies qualification, she decided to cut out the middle man and Sal’s Shoes was born. Growing up in Africa, she had a good network of contacts in the country, so sent a parcel to a friend who distributed them on a children’s oncology ward. When she received a photo of a child wearing Sal’s first pair of shoes and the feelings this stirred, she knew she could do more. With 300 million children worldwide for whom walking with shoes is a rarity, something needed to be done!

To date, Sal’s Shoes has distributed 1.5 million shoes to 44 countries across the globe, including the UK (we regularly receive new shoes to pass on to the families we help). To think of all the children which she has enabled to find their feet, reducing the risk of injury and infection, keeping them warm and equipping them to go to school is incredible.

CJ started Sal’s Shoes about the same time that Stripey Stork was founded, and both charities have worked in partnership wherever possible. What started with an act of kindness, has made it possible for so many others to follow suit. CJ is an inspiration and we are pleased that we are able to help each other in the work we do. 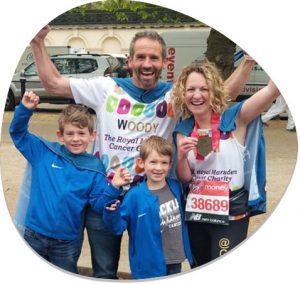 A local Mum, known to some of the team on a personal level, but now known to thousands since her son George was sadly diagnosed with a rare type of cancer in 2017. After two years of grueling treatment we are pleased to report that George is doing fantastically well and long may this continue. But, from the moment their lives were turned upside down on being told the devastating news that George had cancer, Vicki and her husband Woody have been campaigning and fundraising on the most gigantic scale to beat childhood cancer so no family have to go through what they have. They set themselves an ambitious target of raising one million pounds, under the name ‘George and the Giant Pledge’, which they’ve totally smashed. The current total now sits at £1.6 million and is rising every day through fundraising partnerships, celebrity endorsements and personal challenges.

We’ve been lucky enough to cross paths with Vicky with our ‘Stripey Stork hat’ on numerous times, such as being partnering charities at the Reigate & Banstead Business Awards in 2019, to joint fundraising ventures with the Belfry Shopping Centre. Vicky wears her heart on her sleeve and her passion is evident to anyone who meets her. From an ordinary hardworking Mum, to being on national TV, running the London Marathon when she’d never been running before in her life and only had 6 weeks to train, winning a JustGiving award and being a finalist for Pride of Britain 2018 fundraising award, it’s been one heck of a journey. But, one which she’s done with immense courage, turning such an awful situation into taking positive action for change. 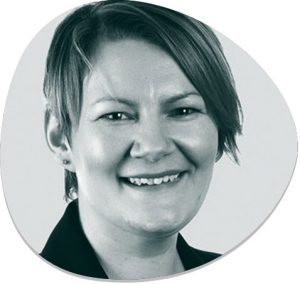 Our favourite Caterham accountancy firm was established by these two incredible ladies. Lynn (top photo) and Lisa (bottom photo) have been great supporters of our work from the start, and are a prime example of how a local business can keep a family focus and be an active member of its community. As well as working hard for us as auditors, they are always the first to volunteer when we need help and we’ve also thoroughly enjoyed their team volunteering sessions at our warehouse over the years. They have also made useful connections for us which have resulted in support and funding. 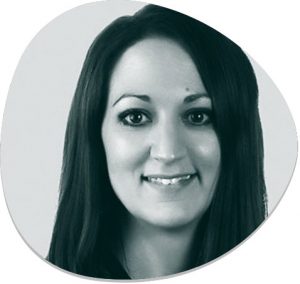 They are always keen to get behind our campaigns, like Stripes4Stripey and Santa Stork, and have been known to personally support our work themselves, which is always so much appreciated. Local ladies rocking it on the Surrey business scene. 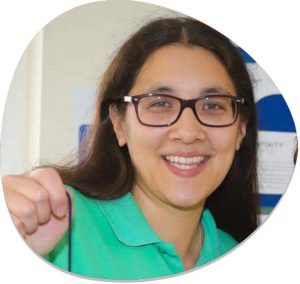 When one of our local Children’s Centres, Earlswood Stepping Stones, was closing down due to government cuts, Kate (top photo) and Laura (bottom photo) saw this as a real loss and stepped in to build a community space, which would make parenting and preschool activities, resources and services accessible to all. Kate and Laura were instrumental in getting this off the ground and at lightning speed. Kate, a teacher by trade, who then went on to setting up a local children’s role play centre called Imagineville, has so much enthusiasm for whatever she sets her mind to. Laura and Kate go back years and it’s been their dream for a long time to create a community hub such as this. 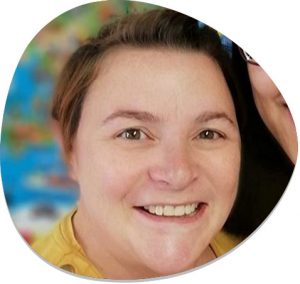 Laura’s even had her husband running for us in Run Reigate and both Laura and Kate have been known to volunteer at HQ whenever they can.

They have been Stork supporters from the early days and are always first to share our news on social media being such massive champions of our work. We look forward to continue working with them in the future and seeing their exciting plans develop. 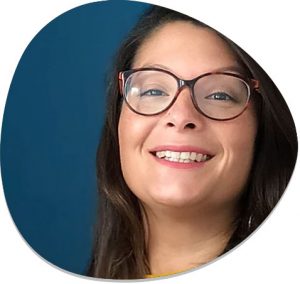 Nicola came into our lives at the perfect time last year when we were looking to redesign our new baby cards. She was setting up her own illustration business but before she officially launched, she wanted to support a local charity which she felt was having a big impact. After visiting our warehouse, she was well and truly on board.

Following the success of the new baby cards, she designed our charity Christmas cards and current Mother’s Day cards. She delivers beyond our expectations every time with her vibrant designs and creative interpretation of our brand. She’s also supporting us with her ‘Little Ones’ range, by donating 10% of sales to us. She’s already come a long way in a relatively short space of time, but we just know she’s going to achieve even greater success and are so pleased to be on this journey with her. 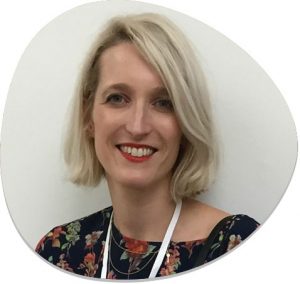 Gerrards is a family-run fashion boutique in our home town of Reigate, with a real personal touch. Nancy’s fashion sense and her welcoming personality have been contributing factors to it becoming the thriving high street store it is today. With an engaging social media presence, and regular in-store events which bring the community together, it sets an example for others to follow. Nancy is always keen to support a range of small local charities, and helps Stripey Stork during our Mother’s Day campaign which is a perfect fit with their customers. Our exclusive Mother’s Day cards are currently being sold in store, with the added option of buying a pamper gift for a local Mum in need on your Mum/Mum-in-law/Grandma/Auntie’s behalf. 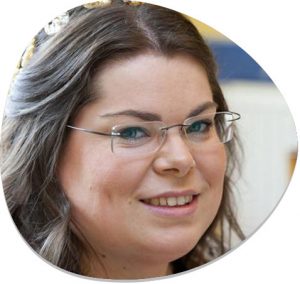 Simone is the creative flair behind Redhill Confetti, an online decoration shop. Think handmade, vintage, shabby chic, baby showers, wedding favours with a focus on quality and sustainability, and that’s Redhill Confetti. As well as donating items her own family have outgrown, Simone has been known to turn up with blue and orange decorations to brighten up our warehouse, from ‘on brand’ poms poms, to ‘nappy’ bunting for our Stripes4Stripey campaign. Simone has a kind heart – during 2019 she donated a percentage of her profits on a variety of children’s presents for Santa Stork. Simone is a prime example of how you can make your own difference and we appreciate her continued support. 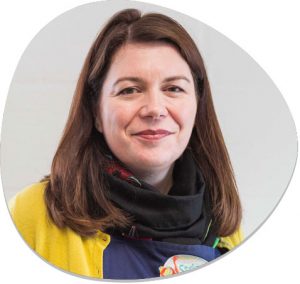 Nicola has of course been included here, but unbeknown to her modest self. This blog would not be complete without the sincerest of nods to Nicola – our captain, friend and the driving force behind Stripey Stork. Her passion and dedication is admired by all who know her. She saw a need in the community, a way to really help people who are struggling, and just knew she could make it happen. She set up a pilot donation station and ran the first few months of storage and distribution from her home. The rest is history – a permanent warehouse, 8 employees, over 200 volunteers, an army of supporters and a large network of referral partners who rely heavily on our service. She has amazing vision, and a real eye for detail and opportunities. Nicola, our very own ‘Angel of the North’, we thank her for everything she does for Team Stork and on behalf of the 9000+ families which have been helped because of her.

What a team of inspiring women we have under our wing! And the list doesn’t end there, far from it. We have the most amazing women who make up Team Stork, from everyone who works at Stripey Stork, our dedicated trustees, volunteers, referral partners, fundraisers, the donors who trust us with passing on your pre-loved items and the Mums we support.

You are all amazing, thank you for all you do and for being you! Let’s keep doing great things together.

“Thank you very much indeed for the amazing activity bags. The children were absolutely thrilled

“Us Mums need to stick together.” -Supporter’s message- …which is what Mum2Mum is all about.

We are so proud of the fact that despite the many challenges faced in 2020,