One kind step for a donor, one giant impact for Sutton 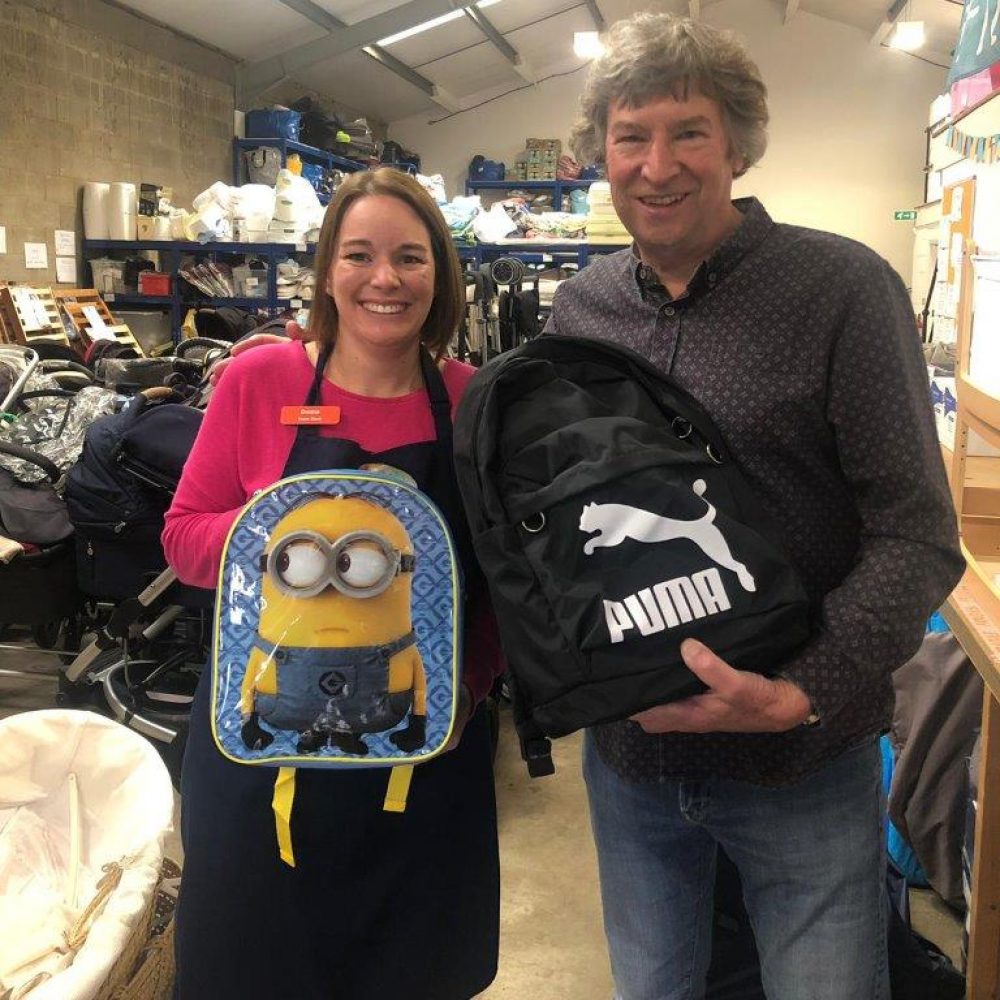 This is a story of philanthropy pure and simple. A surprising result for Stripey Stork and most probably not the one you will be expecting, read on to find out more…

As a small, local charity, we receive no statutory funding so our team are always on the lookout for new funding opportunities. When we heard about Sutton Soup, we just had to give the next event (July 2019) a go. Sutton Soup is a quarterly event where four Dragon Den style pitches are made (no more than four minutes each) and the winner takes home the proceeds of the night (usually over £1000). The audience pays a suggested donation of £5 for a ticket which includes a bowl of homemade soup, and gets to vote on who they think the deserving winner should be.

We decided to pitch for one of our most worthwhile projects Bags4School – school bags filled with stationery and age appropriate items successfully coordinated by Jane Babbage from esure. A project close to all of our hearts and with Sutton being an area which we have been actively extending our services to over the last year, we knew the demand was high. 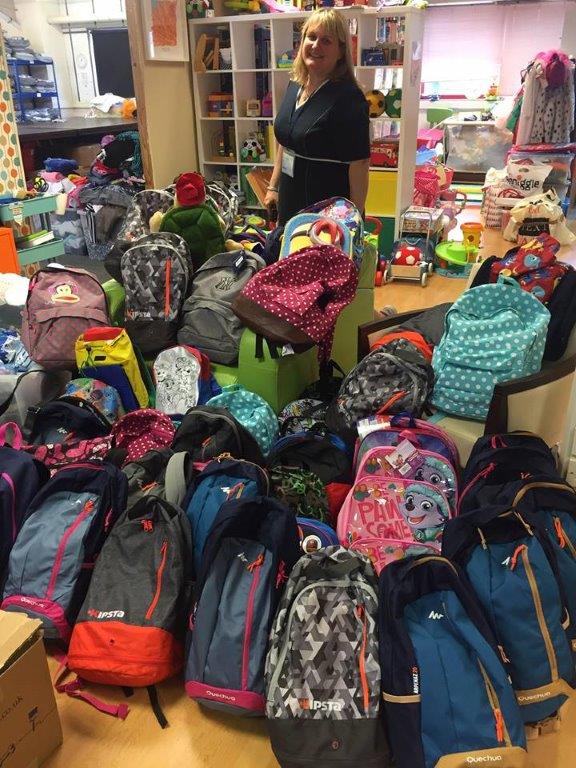 Donna, our Community Ambassador, and Jane did an excellent job in their presentation, along with their young sidekick Dylan (demonstrating an example school bag on his back whilst holding Stripey). 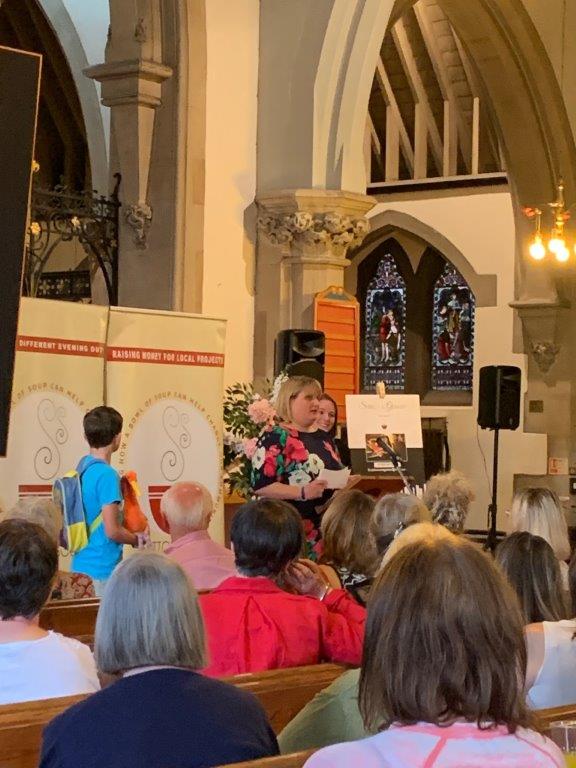 Up until this point, you have probably assumed that we won. The competition was tough and the compelling winner was in fact a Sutton school, Muschamp Primary’s SEN department, who were trying to build a sensory area for their special needs children.

But, despite not winning the pitch, we can happily say that we were still able to successfully launch the project, thanks to a very kind gentleman called John. He quietly sat in the audience, listening intently to all we had to say. And what we had to say really struck a chord with him – hearing that children who had already benefited from the project felt like they now fitted in with their friends and wore their bags with such pride. And in some cases truancy rates had been reduced.

On learning we were unsuccessful in the pitch, John decided to take matters into his own hands and bring the Sutton Bags4School project to life. The next day we received an email from him, pledging £1000! No questions asked, other than how should I make the transfer? He also commented how he agreed with our answer during the question time when we were asked “Why can’t the children just have cheaper, last season’s bags?”, to which we replied that children and their peers really notice these things and they have a hard enough time fitting in already. It was refreshing to hear that he completely understood where we were coming from.

We were quick to get to work. After shopping around for the best deals, supplies were purchased and referrals, such as Sutton Women’s Aid / Sutton Young Carers / Horizon Hub (an after school homework club for disadvantaged children), were contacted to place their orders. We can now report back that in total 40 primary and 26 secondary school bags were distributed, all in time for the beginning of the new academic year.

That’s 66 children who have directly benefited from this project and feedback from the referral partners has been extremely encouraging:

“So many of the young carers that I work with come from families on low income, sometimes in trouble at school for not turning up with the right equipment. Some of these young carers find turning up at school a challenge, in itself. Leaving someone you care about can be so very daunting.  That added to the fact that there might not be an adult around to ensure their clothes are washed, appropriate clothing purchased, along with school equipment. It makes such a difference knowing that an email to you guys can have such a positive impact on these young people.” Sutton Young Carers

“The kids loved the fact that they all got new school bags. As you can imagine, a school bag is the last thing you pick up when leaving your home… One little boy spent most of the day with it on his back… Thank you so much for your support.” Sutton Women’s Aid

“Thank you so much for the bags, they have really made a difference to our families who would otherwise struggle to finance all the school supplies needed. The children were delighted with the bags and so excited to receive them!” Horizon Hub 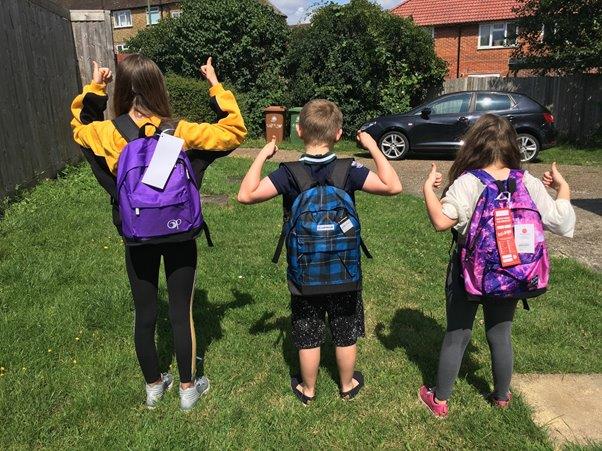 We were keen for John to pay us a visit and show him around so he could see our work in action. We were delighted when he accepted and arrangements were made for a visit at the beginning of October. With his permission, here’s a photo of his visit. 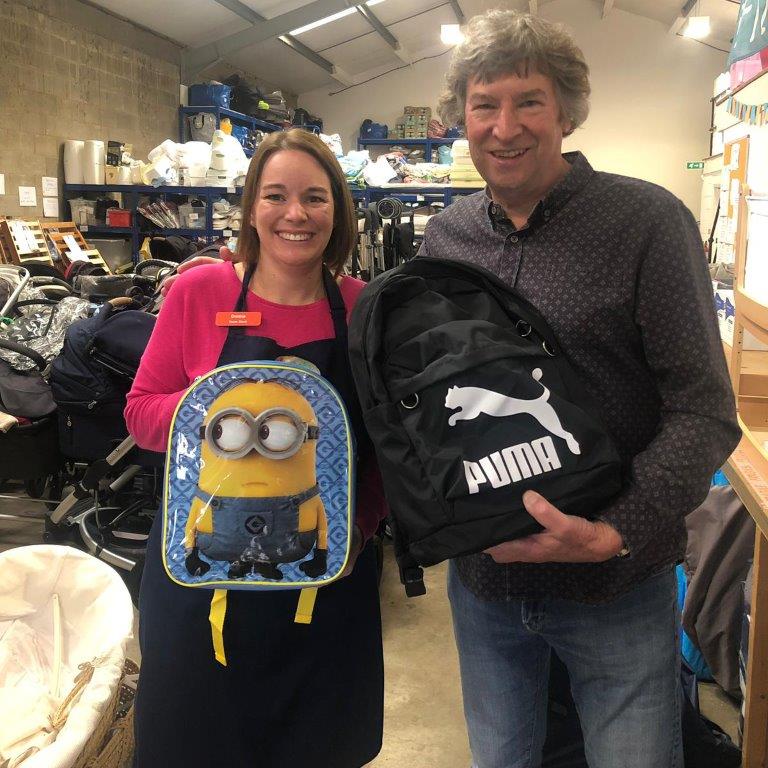 Needless to say, this unassuming gentleman was moved by the impact we are having in our local community. He then took us by surprise yet again, by donating a further £500! The first time he blew us away, the second time we were absolutely speechless.

They say kindness breeds kindness, and in this case that is certainly the case. One of our volunteer’s daughters has a local business, Volks Auto, and was in the Sutton Soup audience that night, during the Q&A she offered to be a drop-off point for anybody wishing to make a donation of school bag supplies. A few weeks later, an anonymous donor did just that. Each of the three bags donated were literally bursting with kindness, it was obvious that such care had been taken when deciding what to include and the quality of the items was second to none. 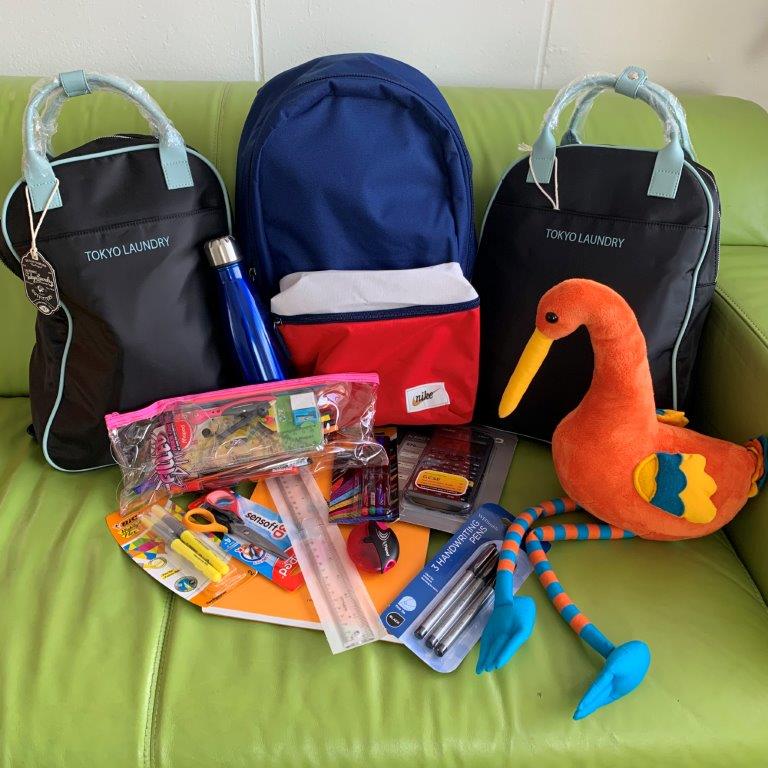 Our team hears some harrowing stories, directly from those working at the coalface supporting our recipient families, but we are also fortunate enough to see humanity at its absolute best and it’s a pleasure sharing stories like this with you.