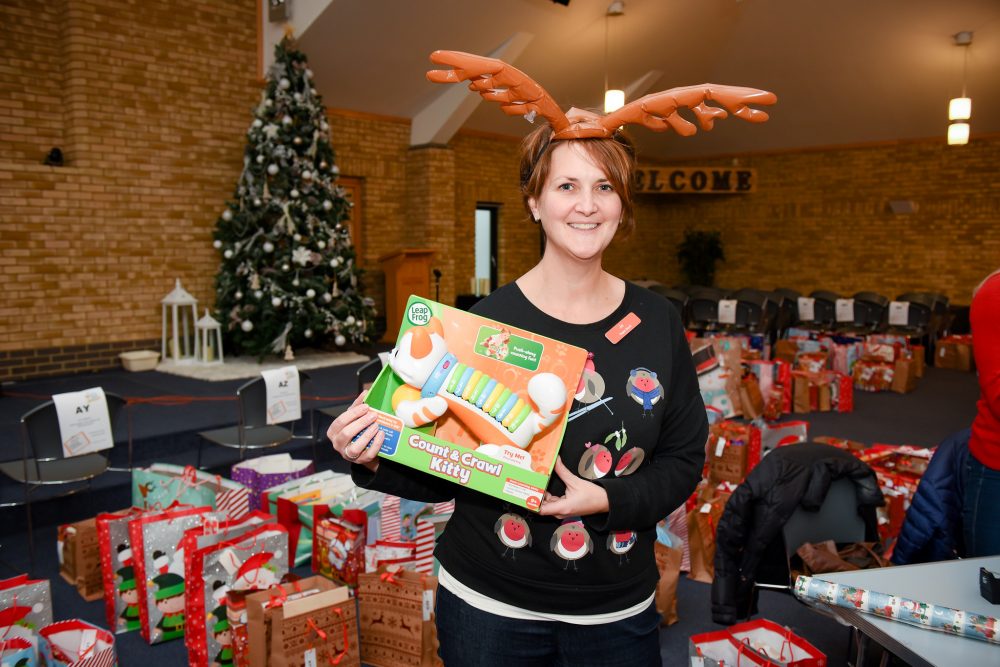 “Christmas is doing a little something extra for someone.” – Charles M. Schulz

Our Santa Stork campaign really does get more extraordinary every year. This year was our fifth and the Giving Day was an incredible event. Here’s a sense of what it was all about, and some special thanks to those who played their part in making it happen.

Since October we have been building up to Giving Day, which was held on Monday 10th December this year. It was an early start for #TeamStork. With the help of ASD Transport, Karl AKA “man and a van” and our reliable team of volunteers, all the gift bags were moved from storage to Reigate Baptist Church where the real fun was about to begin. 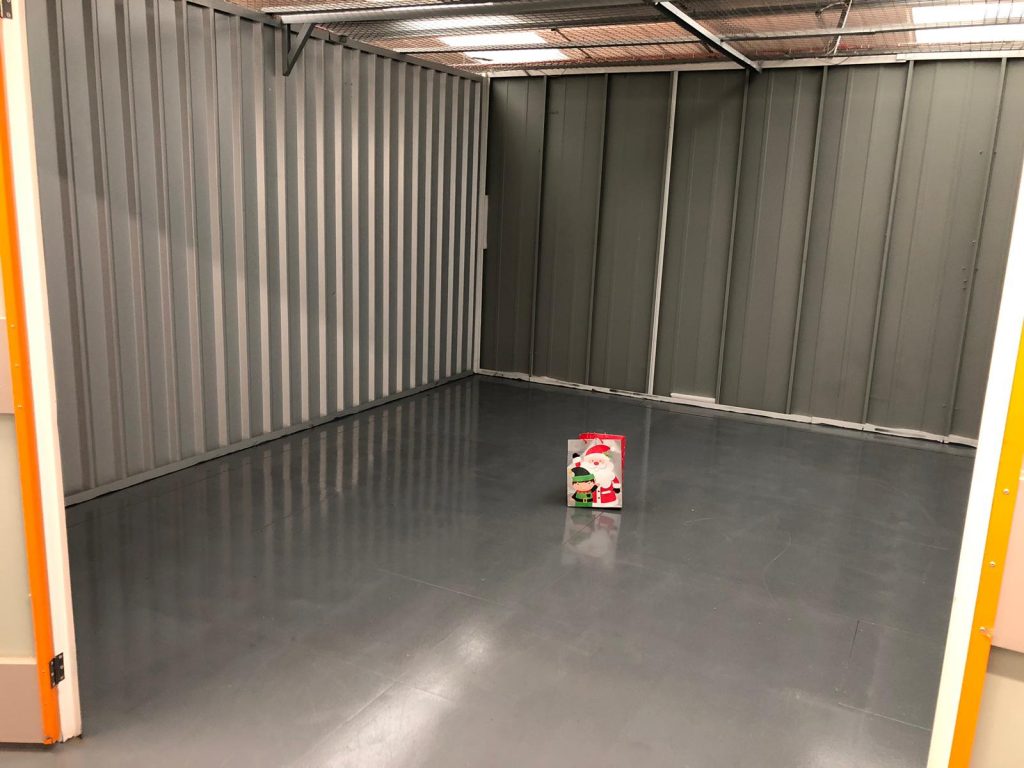 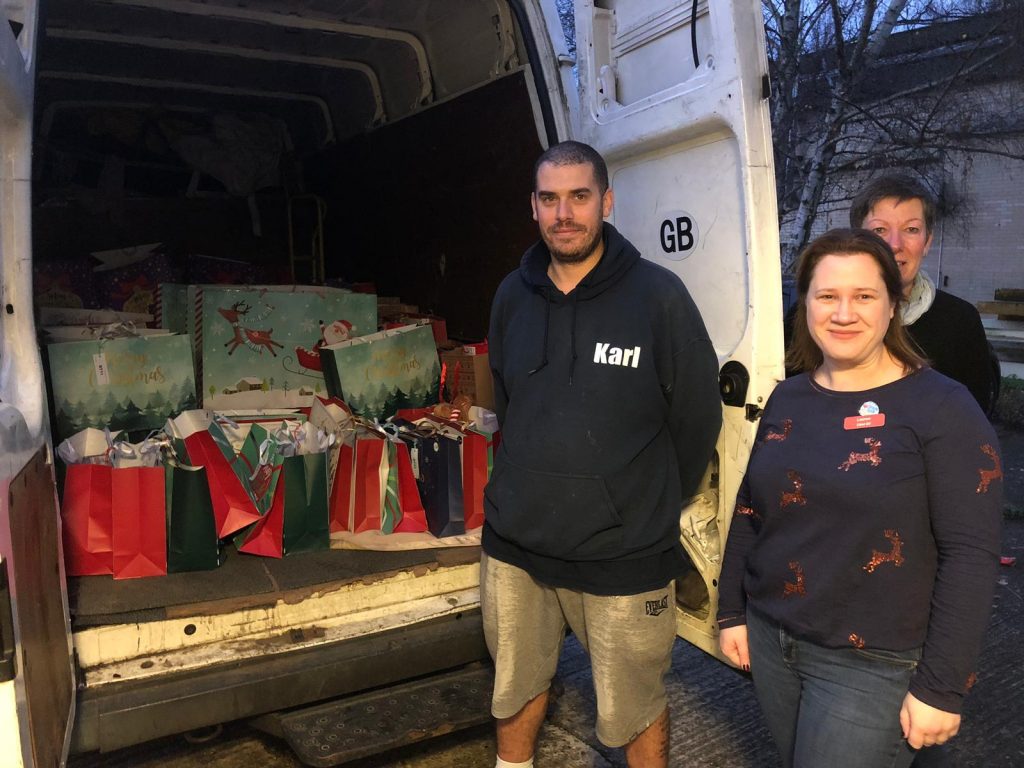 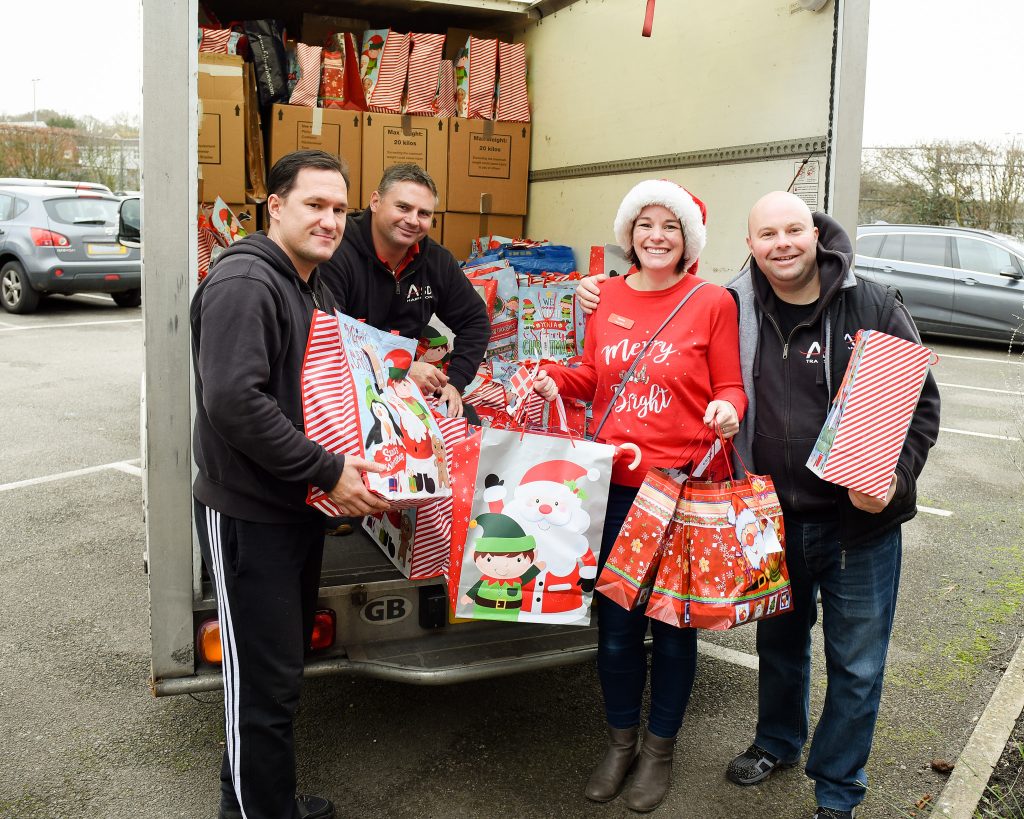 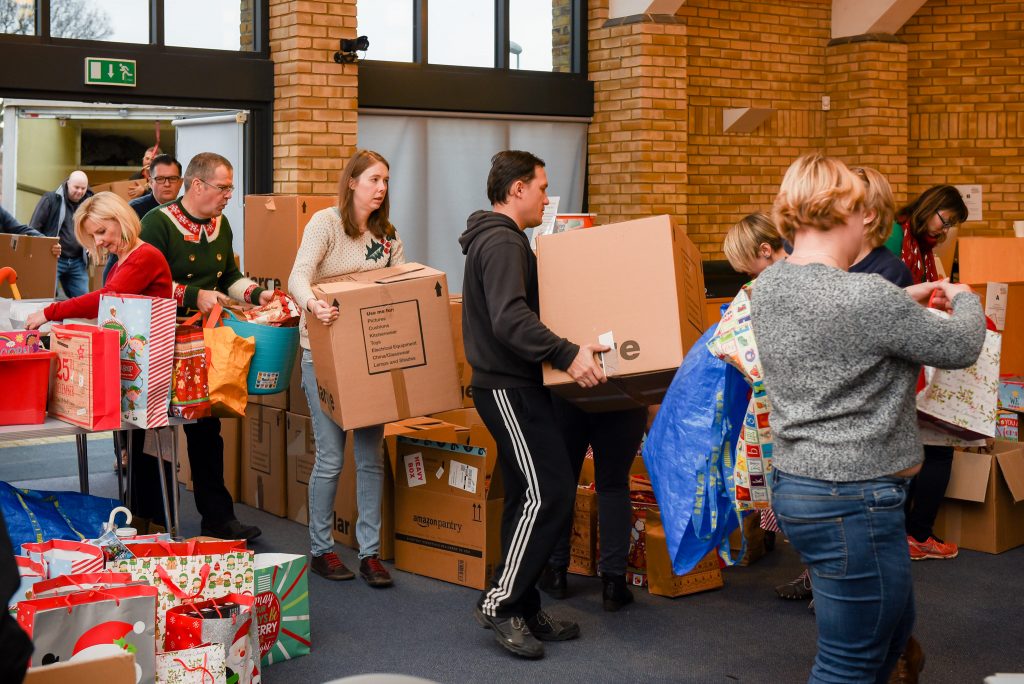 All the presents were brand new and, wherever possible, what the children or their parents had requested on their behalf. No sibling was left out and if the referral source felt like the parent/carer could really do with a boost this Christmas, then they were also included. 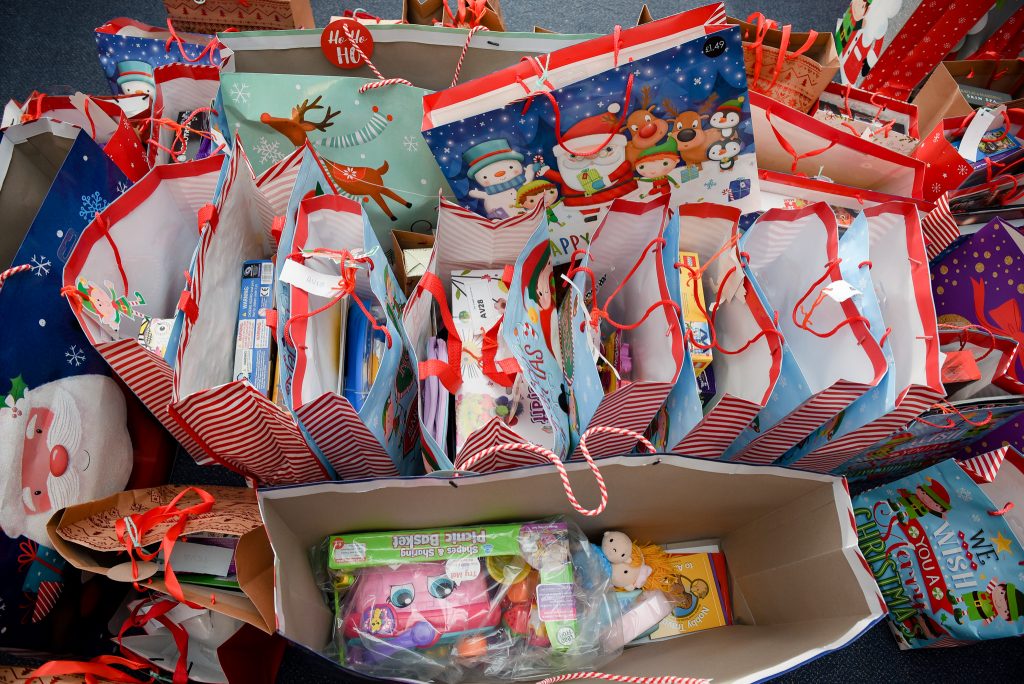 We had wrapping stations setup around the hall, with lots of our regular volunteers, community groups and corporate teams who have helped us throughout the year. It was a bustle of activity, with Christmas jumpers as far as the eye could see. 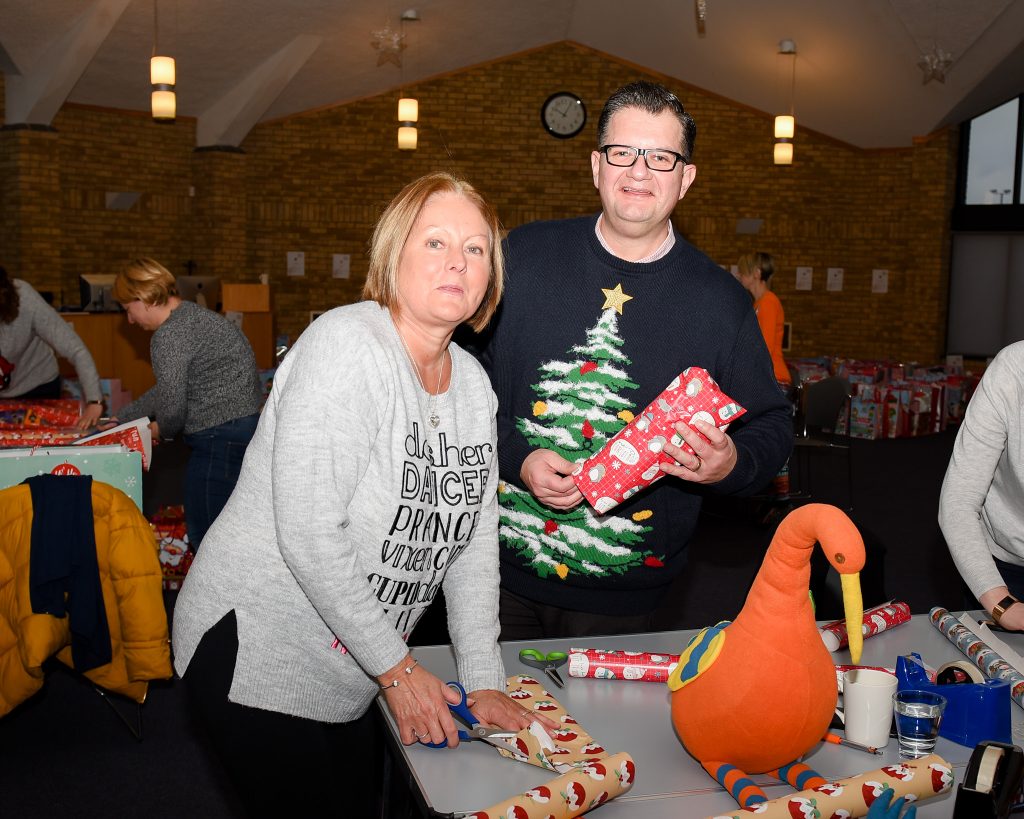 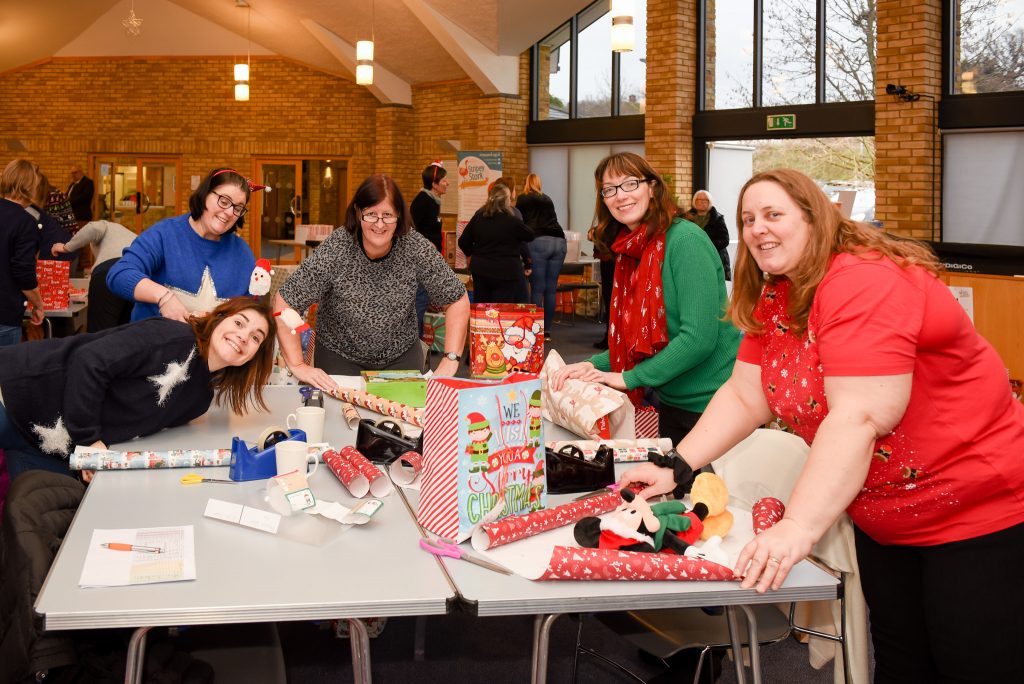 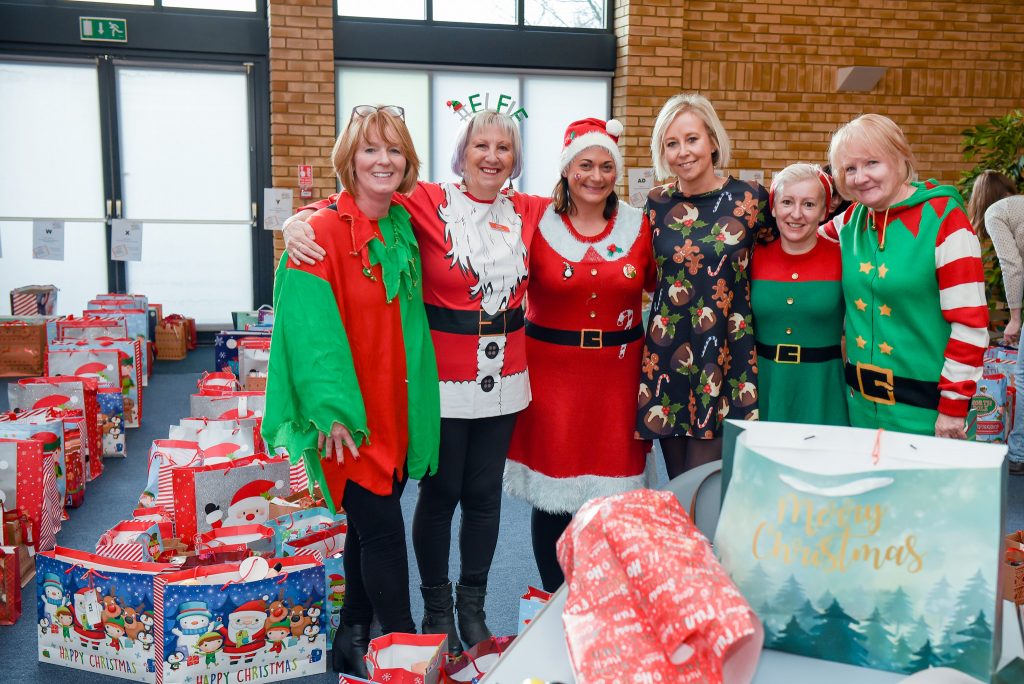 Christmas songs were playing and mince pies kept everyone fueled. 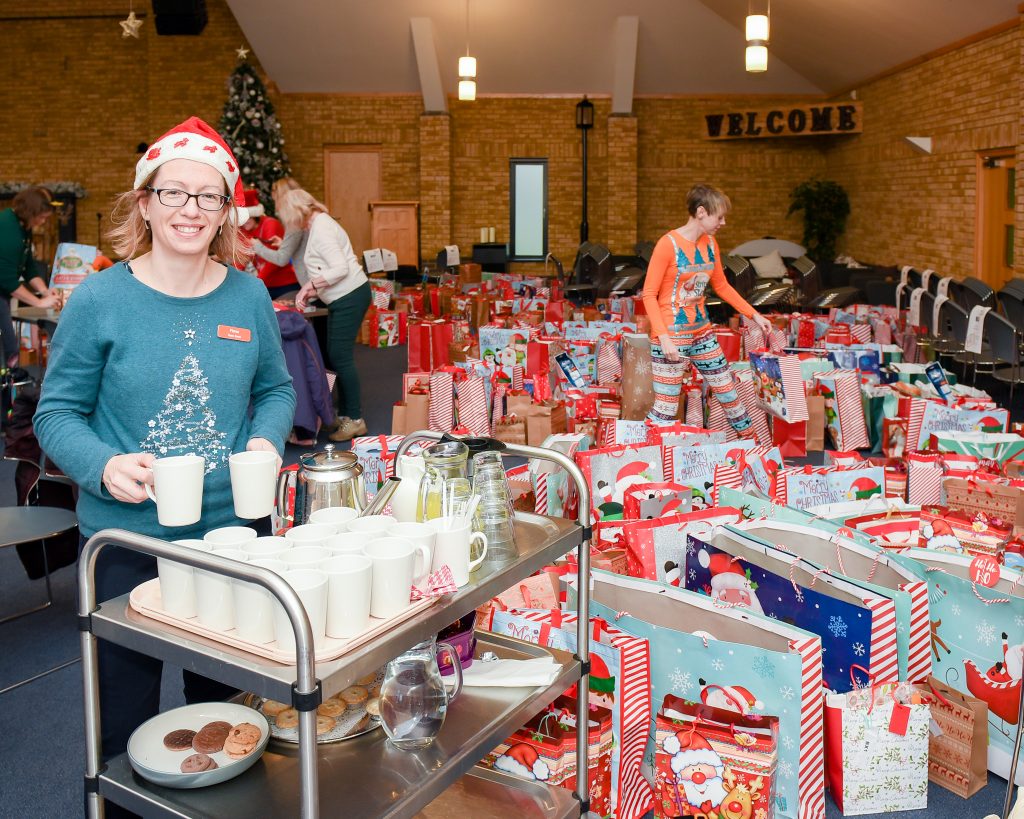 To give you an idea of how busy it was, here’s a time-lapse video from the beginning to the end of the day, which is exhausting just to watch: 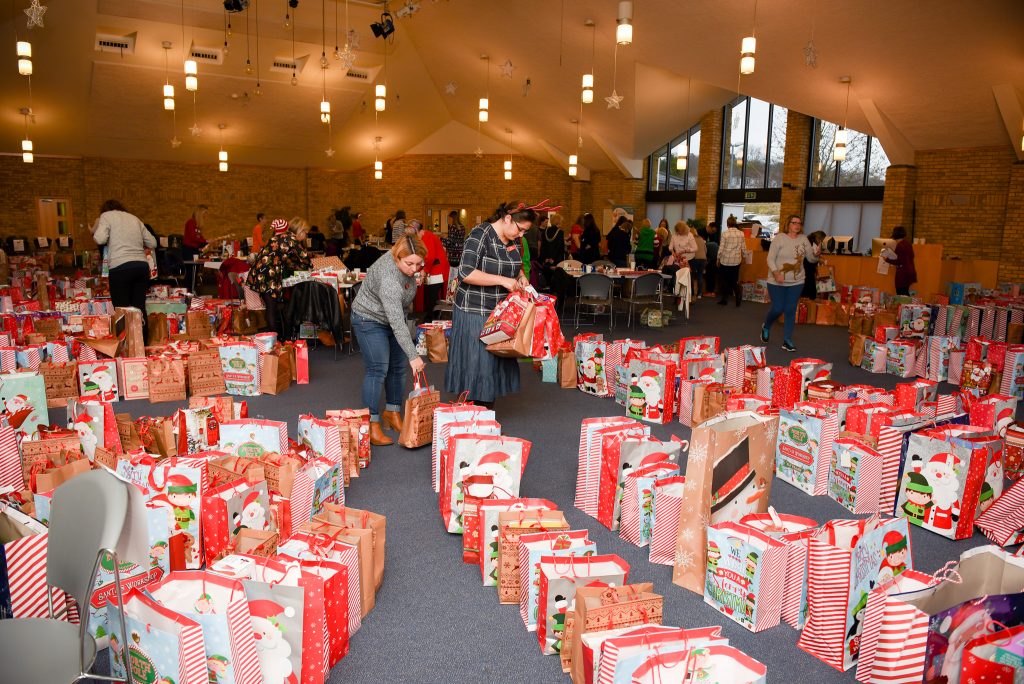 The referral sources who work directly with the families we were helping this Santa Stork, came and collected the presents throughout the day. Although we don’t get to see the parent’s gratification first hand when they are handed the bundle of gifts, the referral sources do and we feed off the feedback they share with us from previous years and the stories of some of the families who are about to have Christmas ‘made’ for them. It really is humbling to be part of this special day. 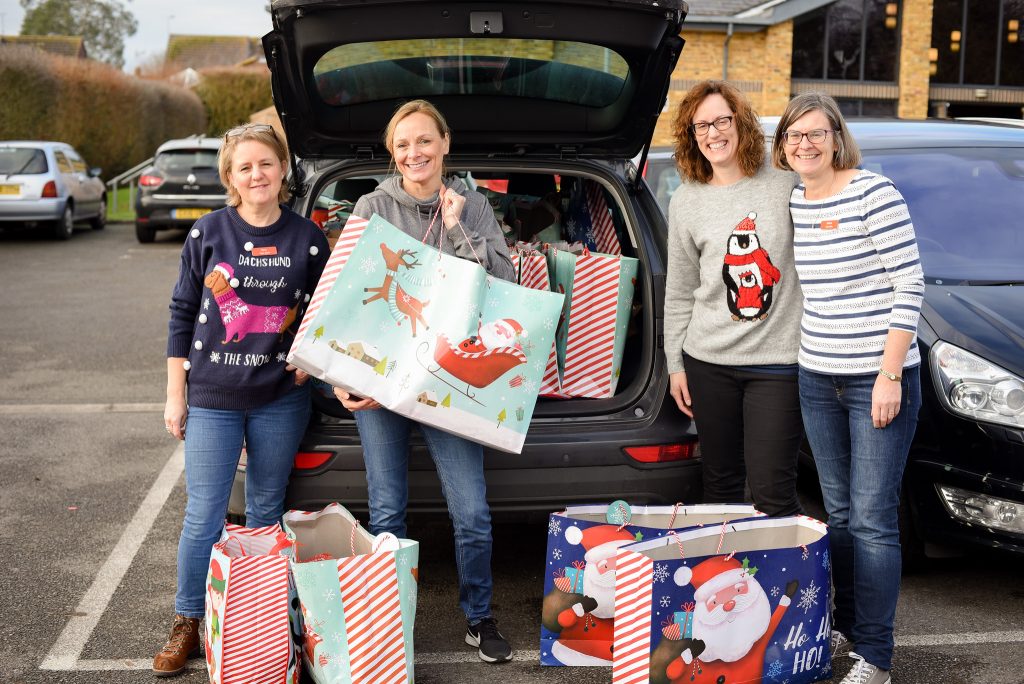 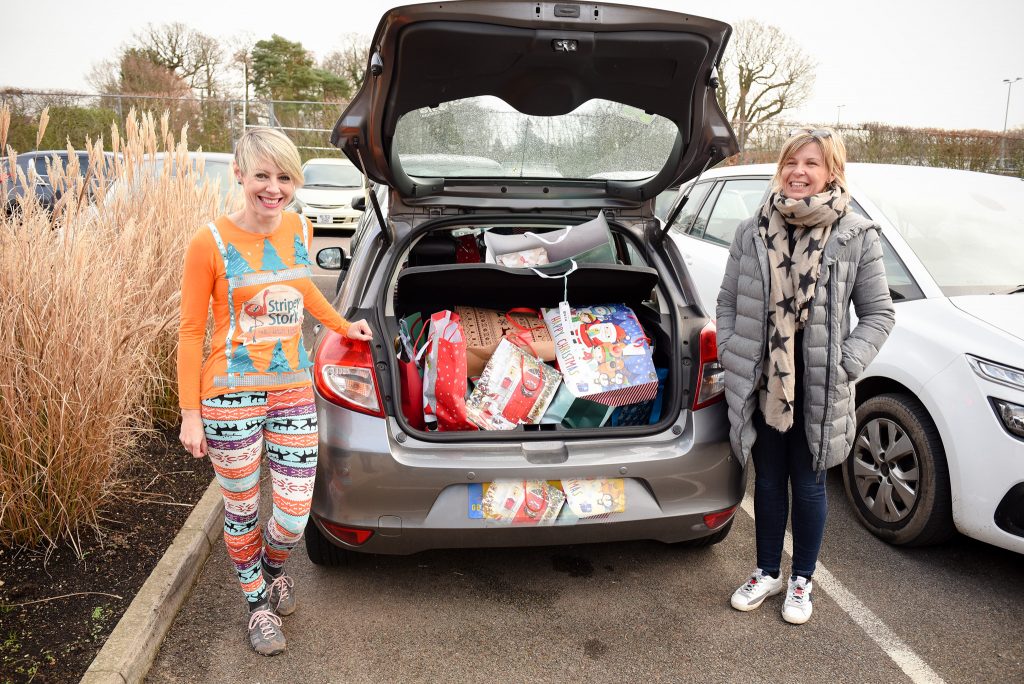 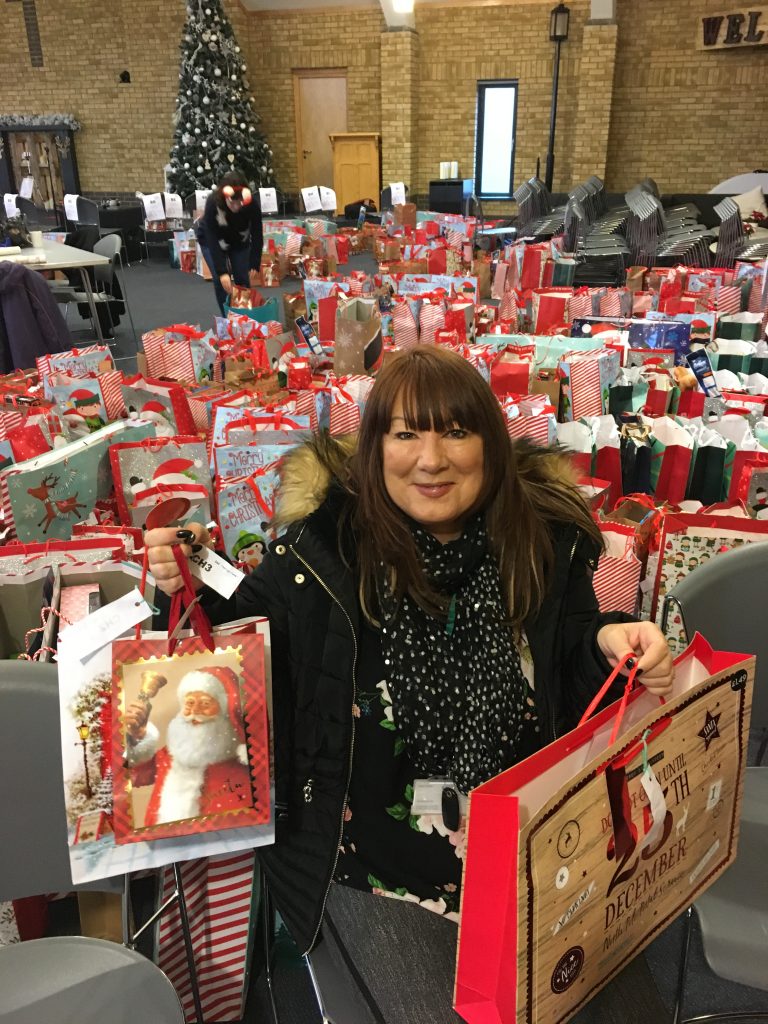 Emma from the Reigate & Banstead Women’s Aid refuge explains what Santa Stork means to the families they support:

We caught up with Sarah and Ellie from Children’s Hospital at Home in Croydon:

Sarah added: “Without Stripey Stork I don’t know what we would do. Many of our families are in temporary accommodation and have no access to public funds because they are waiting for their visas, which means they can’t even afford the basics never mind Christmas presents. Thank you Stripey Stork for everything you do all year round and especially at Christmas time when so many of the families we help would have nothing to celebrate.”

We set up a Christmas tree in the hall and throughout the day it was covered in messages of thanks from our referral sources. 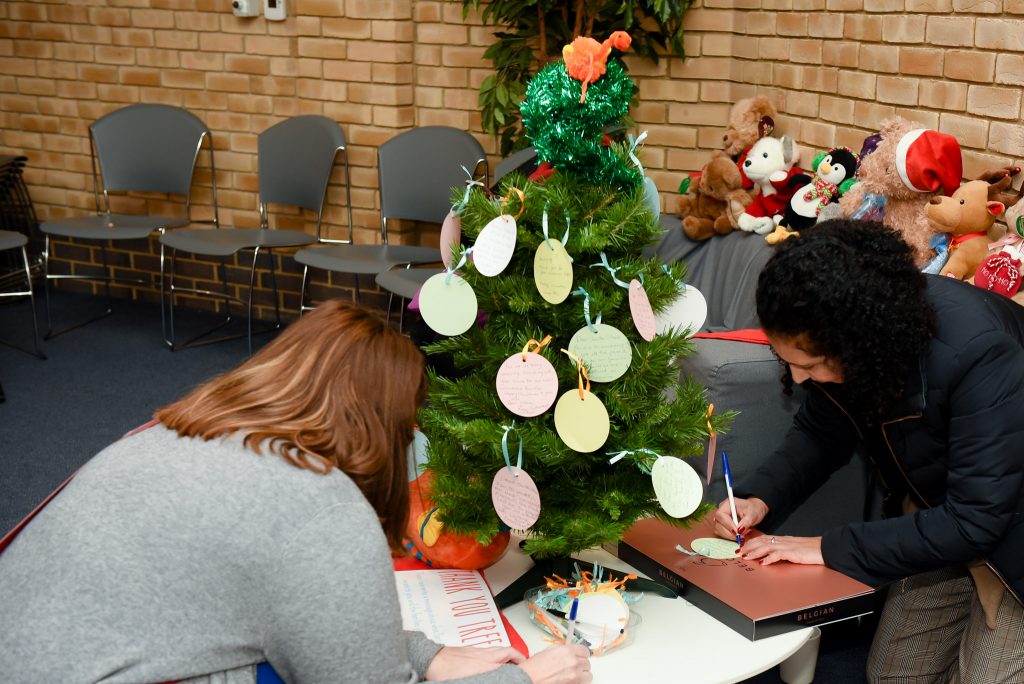 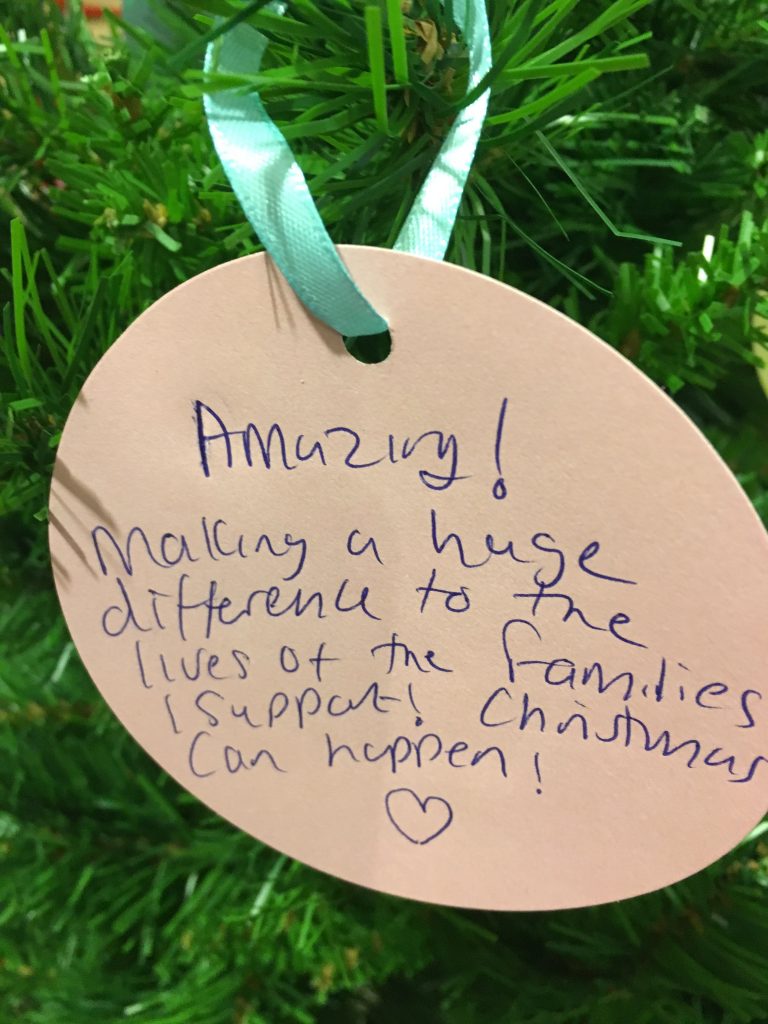 We welcomed the Mayor of Reigate & Banstead, it was lovely that she was part of the day so she would see for herself the front line work which we are doing. 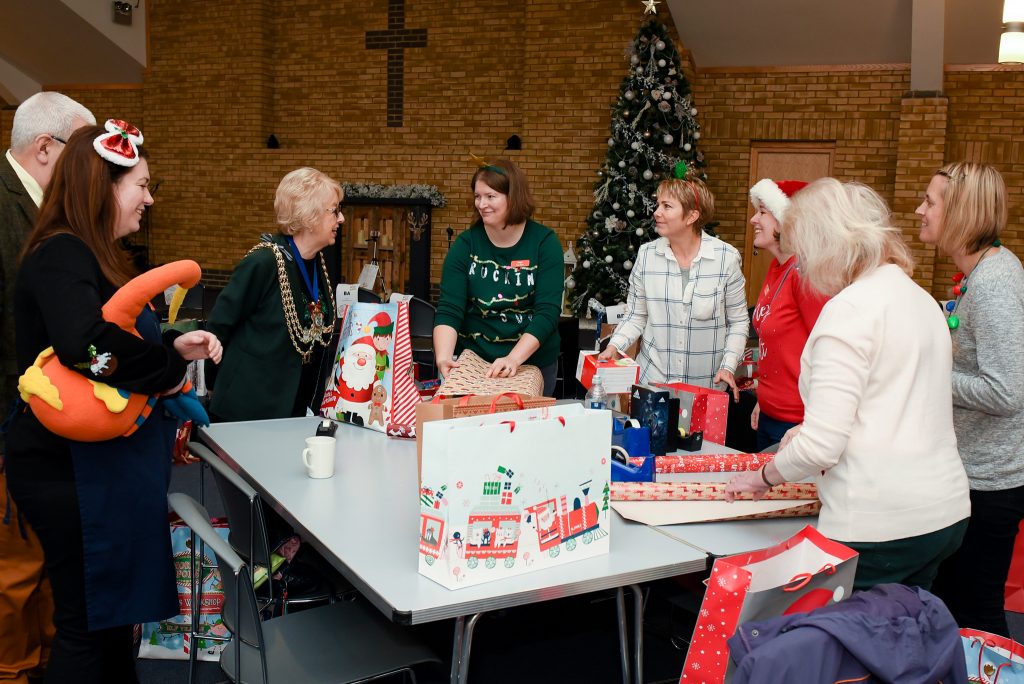 The difference we are making

This year we set ourselves a target of giving 1500 presents to local children in need and 750 of their parents/carers. There are still a lot of late requests to deal with, but on the day – thanks to your generosity – we have been able to give gift bags filled with presents to:

[UPDATE: including the last minute requests we were able to give out gift bags for 1517 children and 828 of their parents/carers, that’s an estimate of £50,000 in value]

It doesn’t escape us how bittersweet this message is. Every year we predict a rise in requests and sadly this has so far been the case:

But Santa Stork has a fantastic team of supporters behind it so we are able to rise to this challenge.

We have an extensive referral contact’s database, a mammoth spreadsheet and the best Chief Elf (Lauren) which Santa could wish for, and not forgetting her hardworking and enthusiastic team of elf volunteers. 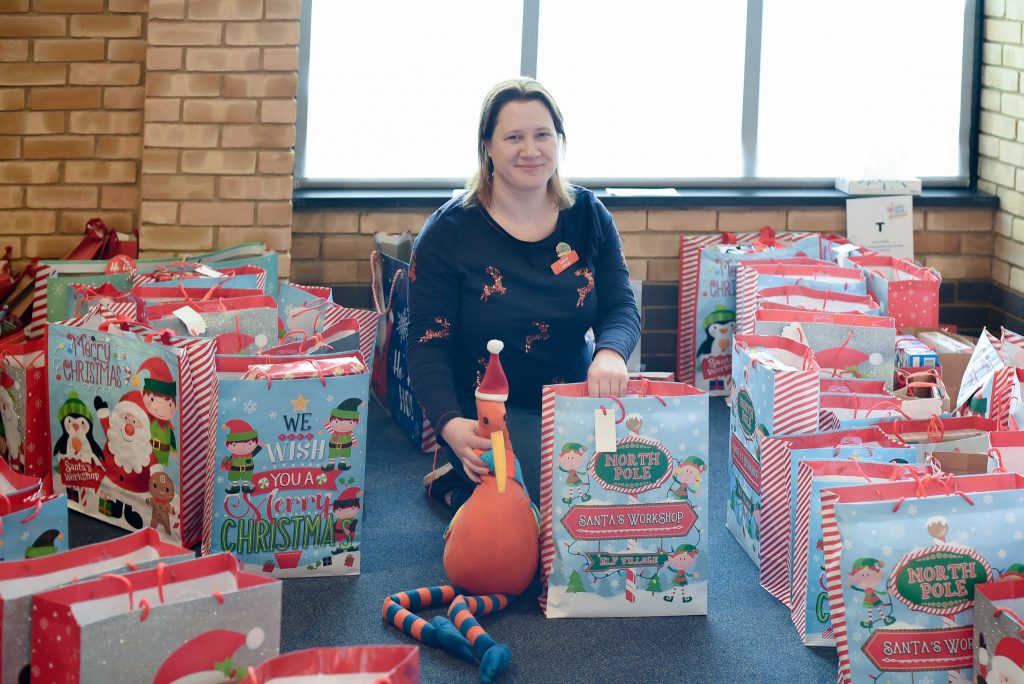 A big thank you

Here’s a shout-out to all those who have made a special contribution to this campaign.

If you still want to help with last minute present requests, of which there will be many, you can still donate to our Localgiving Appeal. Thank you!

Read More
PrevPreviousGrow your tenner with Stripey Stork
NextMum2Mum 2019Next